For every star, a story.

(as published in Hoyle's Games, "Games of the Belt" supplement)

A card game for 3-5 players.
A 52-card deck plus jokers are used.
Ace is low, Joker is high.
(A, 2, 3, 4, 5, 6, 7, 8, 9, 10, J, Q, K, JK)The object of the game is to get the most points. This is done by winning sets containing counting cards.Shuffle the deck, then deal out 5 cards. The 1st card dealt is this game’s counting suit. The 5th card dealt is the starting supporting suit.Reshuffle the deck, and deal it out evenly between all players.The player holding the King of the counting suit starts the first set. They may play any card they like. Then the starting player moves one person to the left on each subsequent set.A set consists of 5 cards, no matter the number of players.Players must play a card that is either the same suit that the set was started with, or in the current supporting suit. Supporting cards are counted toward taking a set as if they are the starting suit.For the first 4 cards, if the player has neither a card in the starting suit or the supporting suit, they must play a card from the counting suit. If they have none of the three, they are skipped, and play continues until a full 5 card set has been played.The player who plays the 5th card may either end the set by playing as normally, OR by drifting the supporting suit.When 5 cards have been played, the player who played the highest value card takes the set.Drifting
Drifting the supporting suit is done by ending the set (playing the 5th card) with a non-winning card in a new suit, that is neither the counting suit, nor the current supporting suit. The supporting suit then shifts to the suit that is played, beginning the next set. A player cannot take a set if they have chosen to drift the support. The supporting suit cannot be the same as the counting suit.The 5th player may drift even if they have a playable card of another suit. However, if they choose not to drift, they must play a playable card if they have one.The game consists of 10 standard sets of 5 cards, and an 11th end set of 4 cards. In the 11th set, the set is taken by the highest card of the 4, but the 5th player, who would have played the last card, gets 1 point added to their total.(If a situation arises such that on the 11th set, one player is left with multiple cards when the other players have none, the player with multiple cards gains the additional point, and the 11th set is not played)When all cards have been played, players add up the number of counting cards they’ve taken. The highest number taken wins.

PDF of the 5-Card Drift rules of play

U142: Nova News Network
All News, All the Time. Round-the-Clocks live broadcast
U322: SporTV
All p^g all the timeU341: QVC
Out-of-This-World Cosmetics
Galaxy of Fashion
Essence Jayne’s Closet
U362: IonTV
Fresh Prince of Phobos
Saved by the Siren
Orbital Buddies
The Family BubbleU754: UnivisionTN
Tidal Heat
Love at L4
Terran DaysU838 The Voice of the System
York Ventura
Véronique MacNeil

Except from:
Tools for Cultural Boundary Enforcement in Astrographically Dispersed Populations by T. Zanches.Pages 88-104, The Lunaterran Journal of Stellar Anthropology, Tycho University Press.

I have been unable to determine through interviews exactly when the Peregrination’s familionymic tradition began. No members of the populations of either the Neptune Mining Corporation facility and the rescue fleet, from which the people who would become the Peregrination would originate, are recorded as having used this system. There were a few who followed patronymic or matronymic traditions, hailing from Iceland and South Asian among others, and it is from these cultural seeds that this system probably grew. However, without access to the Peregrination’s own records, anything beyond that is speculation.The familionymic system can be fairly accurately described though. Members of the Peregrination do not seem to regard it as a secret, and several interview subjects have answered extensive questions about its use and function.Members of the Peregrination are given first names at birth. In all observed instances, their treatment of these individual names are identical to the wider populace. Although, they do tend to choose less common first names, for reasons that should become obvious. Their second name is derived from a chosen relative with a suffix to denote the type of relationship.They use the traditional Icelandic suffixes for male and female progeny, -son and -dottir, as well as the gender neutral -child, with an added ‘s’ to denote the possessive. But they also use new suffixes as well. Some of these include, but are not limited to: -father, -mother, -sire, -spawn, -brother, -sister, -sibling, -husband, -wife, and -spawn. However, all of these appear to see limited use. The suffix seen most often, more often than the tradition ones, is -kin, which seems to have broad application across relationships. In fact, during interviews, those questioned about this suffix seemed eventually to concede any relationship, no matter the distance, could be denoted by the -kin suffix.The interesting feature of the familionymic system though, is not these new suffixes, but the malleability of the naming. Members of the Peregrination say in interviews that while they may use one family name more frequently, that all are simultaneously true and valid names to be used. Which one is used to refer to them is a choice, and can change with situation or context, or even at the whim of those involved.An example will be most illustrative, let us take a hypothetical member of the Peregrination and call them Alex, their parents will be Bea and Carl. In their youth, Alex is likely to be known as either Alex Beaschild or Alex Carlschild or, indeed, both. Their relatives on Bea’s side of the family may use one more than the other, they may be one at school and one at home, or both at both. Which name is used is malleable and changeable.As children grow into adults, they are encouraged to transfer to other Peregrination ships often to one where they have extended family. Often on this new ship they begin to use one of those family member’s names as their own. Our Alex Beaschild may do this, perhaps to a ship where her Aunt Dara resides, and on this new ship be primarily known as Daraskin. Although if at any point they, or someone addressing them, wishes to highlight their bond back to their home ship, using Beaschild or Carlschild will still be used.Which name is used in any particular context conveys information to other members of the family. If a young person introduces themselves using a particular family member’s familionym, it can indicate a close relationship to that person, or that they wish to emphasize a connection to that family member or the ship they serve on, or bring to mind a shared history between them. Two interviewed Peregrination Captains used the name of the ship’s previous commander, an obvious attempt to tie back to the history of their command and home.This naming system is unique to the Peregrination, and appears to have developed and rooted itself in their culture in a surprisingly short amount of time. It is information dense, and appears to act as both a symbolic and psychological tool, creating and reinforcing connections between members of the Peregrination over time. In fact, it may be a contributing factor as to why, even as they have grown and adopted members from the outside world, that they still act in such a unified way.

Songs & Shanties of the Outer System

A Scout is ever ready to lead with forethought, and follow with dignity. To teach conscientiously, and learn studiously. To aid those in peril, and accept help with grace. To strive to better themselves and the system. And above all, to face trouble bravely, and never give up. 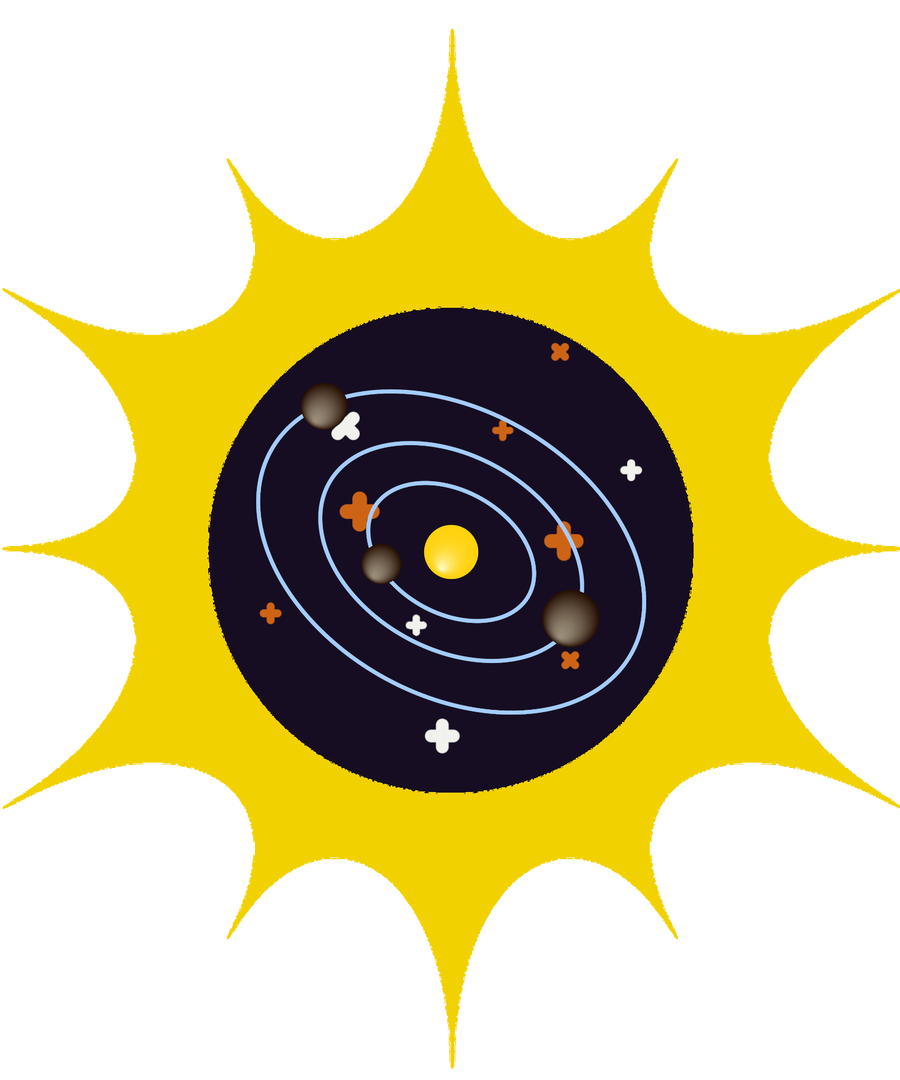 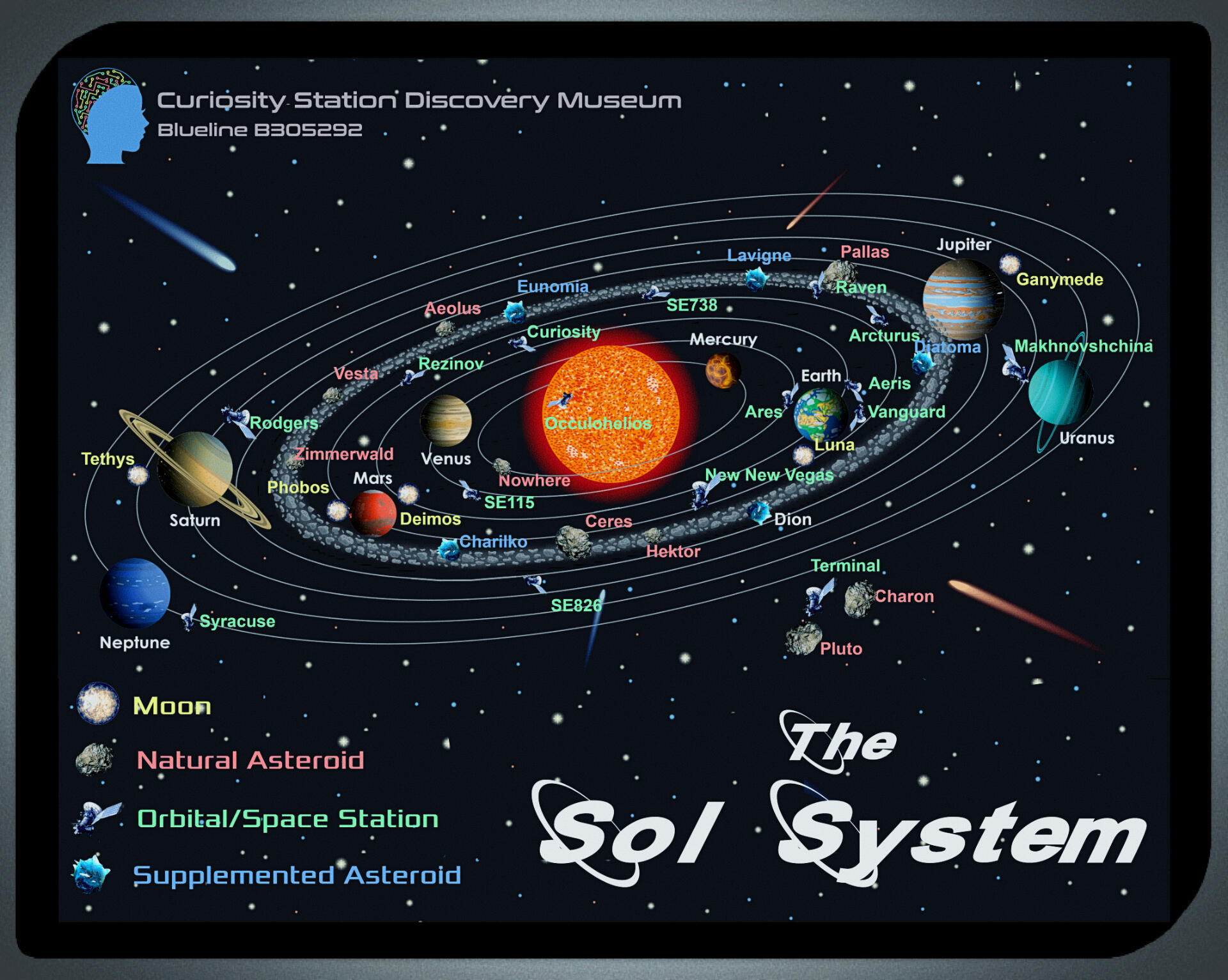